So in my 7X7, I'm the 3rd largest. A small guy that I was farming created an alliance. He asked me to stop farming him and was nice about it, so I told him to not build troops and I'd stop farming him. He said he wanted to build troops to take out the 4th biggest guy in my sector (two squares away), who was just a little smaller than me. A couple of days later, the 4th largest guy joins this alliance and then scouts me.

So, I've killed this 4th largest guy's troops and cata'ed down his flour mill, granary, a couple of wheat fields, main building and marketplace.

When I first attacked him he asked if there was a possibility of joining our alliance. I decided first to make sure that he wasn't a threat to me. Now that he's not...

What do you think about his joining our alliance? If he does, I could help him build back and have an ally close to me compared to the other two bigger guys next to me. On the other hand, I don't know him and he could later stab me in the back if he wanted.

By the way, the largest guy in my 7X7 attacked me early on, but my friend in AeM asked him to stop and he did. The second largest guy I've never interacted with and he's never scouted me, so I don't know him at all.

What is this guys name? I will check him out and see what i think. I think it would be fine if he joined only if you feel like he won't come and stab you or any of us in the back. That is the last thing we want. 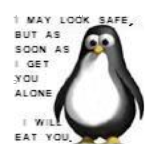